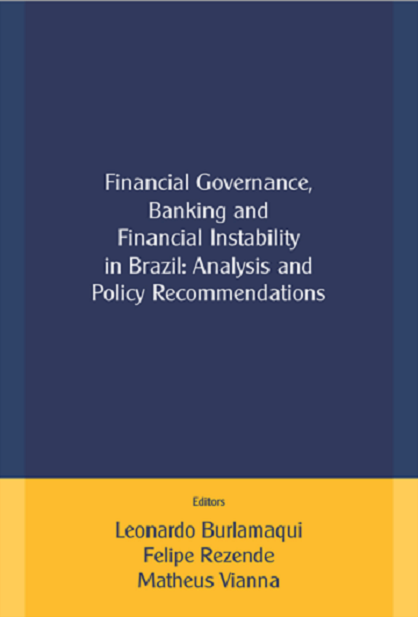 “The crisis consists precisely in the fact that the old is dying and the new cannot be born; in this interregnum, a great variety of morbid symptoms appear.”

The resilience and stability of Brazil’s financial system has received attention as the country navigated relatively smoothly through the 2007-2008 global financial crisis and the collapse of both the “official” and the shadow banking system in the US and Europe. Policy-makers and regulators have pointed to the robustness of Brazil’s financial system and its resilience to the global financial crisis by contrasting it with the conditions that existed in the U.S. financial system prior to the “subprime” crisis. Brazil’s economy experienced a period of relative economic stability and rapid growth of domestic bank lending in the last 10 years. Nonetheless, as Hyman Minsky explained in several of his works (Minsky: 1966, 1982, 1986), a striking feature of periods before financial crises erupts is that they validate riskier practices. The outcome is that periods of growth and financial stability validates expectations and financial operations, which change the dynamics of the whole financial system leading to endogenous fragility and instability. Minsky’s analytical framework put at the forefront the destabilizing effects of stability on financial structures, which generate endemic financial crisis as a result of endogenous processes of market economies. As he famously argued, “stability is destabilizing”.

Precisely because of these features, Minsky’s model attributes an extremely important role for dynamic financial regulation, fiscal and monetary policies to dampen –and deal with the consequences of- financial fragility. It becomes important to identify the – old and new – sources of instability and the suitability of regulatory and financial structures to suggest policies for reforming Brazil’s financial architecture to increase systemic stability as the provision of long-term funds for investment. Otherwise, the development of fragile financial structures, considered as normal characteristics of growth processes, can spread financial instability throughout the system and precipitate a financial crisis. In these situations, the failure of policy makers to behave proactively and in a countercyclical manner, as well as adapting financial regulation accordingly, tends to amplify the effects of what would otherwise have been minor recessions into major downturns and long periods of stagnation, as it happened in the US and major parts of Europe after 2007-2008.