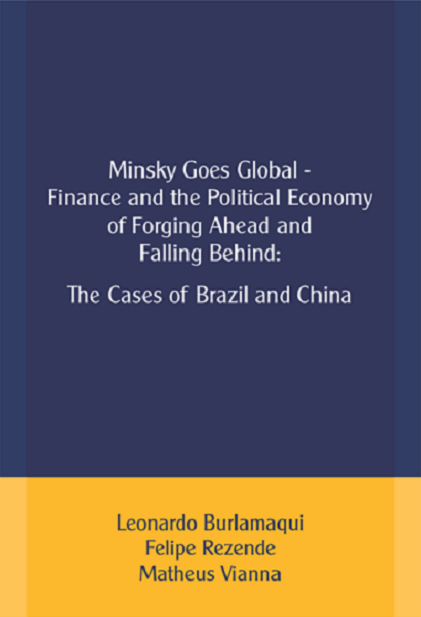 Minsky Goes Global – Finance and the Political Economy of Forging Ahead and Falling Behind: The Cases of Brazil and China

From the 1950’s to the 1980’s the Brazilian economy grew at an annual average rate of 8%. It was only superseded by Japan. In 1950 China was unplugging from Western imperialism and beginning its journey towards Communism under Mao. Before the Chinese Communist Party flipped to the Deng era by introducing key economic and institutional reforms, the economy’s average growth rate was estimated as less than 5% per year between 1950 and 1960[2]. From 1960-1978 it climbed discretely to an average of 5.3% according to the Congressional Research Service. After Deng’s reforms, growth speeded up aggressively reaching Japanese golden year’s levels and managed to stay there for most of the last thirty years.
In fact, in China 2014 marks the first time since 1998, when the economy was buffeted by the Asian financial crisis, that growth has slipped below the Communist party’s annual gross domestic product target, which was set at “around” 7.5 %. The only other year when the official growth has been below the target since the government began publicly announcing annual figures in 1985 was in 1989[3]. On the poverty alleviation front, China’s policies where equally successful. They took millions out of the poverty line yearly, and where famously praised by the World Bank[4].

Meanwhile, since the mid-eighties Brazil virtually ceased to sustain growth rates at more than 6%. The debt crisis coupled with quasi hyperinflation in the eighties led to the so-called lost decade in the nineties, which implied rates of growth, on an average of 1.5 %. The stabilization period, associated to Fernando Henrique Cardoso’s tenures as Finance Minister and President, spanning from 1993 to 2002, delivered an equally dismal 2.8% average growth rate. The correlation between these numbers and the introduction in Brazilian policy-making of a significant process of liberalization in the context of the Washington Consensus doctrines (Verengo: 2011, 17-18), starting in the late 1980’s should be noted.

With Lula’s election, many analysts and forecasters foreshadowed a reversal in development strategy, one that would reverse several of the liberalization policies of the previous decade. That did not happen. As it turned out, the break with previous policies was considerably less marked than expected, and in many respects Lula’s administration represented a continuation of the liberalizing policies of the 1990s. The economic performance as measured by the real GDP growth showed improvement, with a rate of growth of 4.1 percent per year on average, but this reflected mostly a global phenomenon with emphasis to the rise of China itself (Verengo: 2011, 18).
What happened? Comparing these facts and numbers poses a big question for anyone interested in growth, development strategies, macro-policies, global trends and political economy as a whole. The policy-institutional compact espoused by Brazil in the nineties clearly did not work well. Neither for development nor for reversing inequality since the redistribution that took place was mostly from the established (old) middle class towards the high-end of a previously poor stratum of society that gained the rubric of “new middle class”. Wealth was barely touched and the rich even got a little richer thanks to a flood of interest-based income received from the Treasury.
Likewise, the brief experience with poverty alleviation by means of social expending under Lula’s administration did little to reverse inequality. It was successful as a starting point, but required sustained growth to really make a durable impact.  It is now in full reversal mode after the economy entered a deep recession since 2015, where it contracted around 8% between 2015 and the third quarter of 2017.
In contradistinction, China’s structural transformation is revealing itself to be the most spectacular development spurt in history. As admitted by the otherwise liberal-conservative newspaper The Economist, “Firms around the world face ever more intense competition from their Chinese rivals. China is not the first country to industrialize, but none has ever made the leap so rapidly and on such a monumental scale. Little more than a decade ago, Chinese boom towns churned out zips, socks and cigarette lighters. Today the country is at the global frontier of new technology in everything, from mobile payments to driverless cars”.