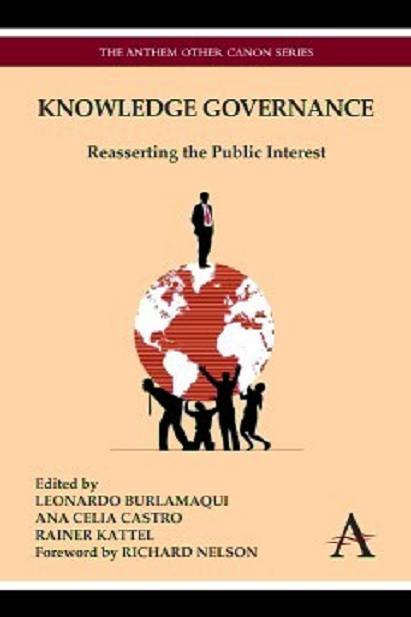 The remarkable improvements in living standards achieved over the last two centuries by a good portion of the world’s population have been made possible by advances inknowledge – at the applications end, advances in practical know-how but with theseoftensupported by dramatic advances in basic understandings of how the naturalworld works. These advances have been the result of a cumulative collective process.Inventors and scientists working today to advance the state of knowledge basewhatthey do on the knowledge created by their forebears. The key to making technologyand science systems work productively has been to establish and enforce a governancestructure that on the one hand provides incentives and rewards for success to thoseworking to advance knowledge, and on the other hand keeps both established and newknowledge largely open for those who can use and further advance it.Over the years there have developed two quite different governance systems for doingthis. One is the system of public science, which emphasizes open publication and rewardsof recognition to scientists whose work is understood to have advanced knowledgesignifi cantly. The other is the system of largely private technology development, wheresuccessful inventors are rewarded by patents and other means through which they canappropriate a share of the economic benefi ts their work has allowed, but in which,customarily, their ability to control access is limited in time and scope. Until recentlyat least, the continuing advances in living standards and basic knowledge, and thewidening spread of economic development and scientifi c capabilities, have shown asystem of governance of knowledge that has been working reasonably well.There presently are several strong threats to this system. One is the increasingpropensity of participants in the public science system to patent aspects of theirresearch fi ndings. A second is the increasing propensity of companies doing work
to advance technology to seek broad patents and to try to enforce them broadly.The relative openness of our scientifi c and technological knowledge is in dangerof being eroded. It is urgent that we consider carefully the way the world presentlygoverns its system of knowledge creation and use, recognize how that system ischanging, and refl ect on what kind of a governance structure we want. This is what this book is all about.