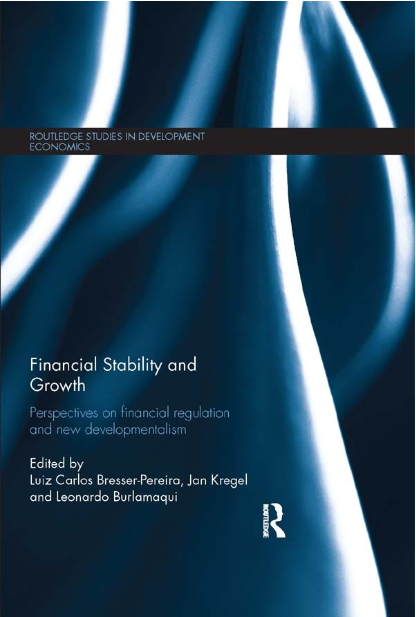 The 2008 global financial crisis took the world by surprise, not least because politicians, businessmen and economists believed that they had learned crucial lessons from the Great Depression of the 1930s. As a direct result of deregulated financial markets, financial crises occurred in both developed and developing economies. However, this volume argues that in the most recent crisis developing countries suffered less, and that financial policy and regulation played a crucial part in this.

The contributors to this volume explore the alternative development paradigm that has been gaining credence since the Asian crisis, known as new developmentalism. New developmentalism is embodied in the following principles: exchange rate responsibility or growth with domestic savings, fiscal responsibility, and the assignment of a strategic role for the state. New developmentalism is a set of values, ideas, institutions and economic policies through which, in the early 21st century, developing countries have sought to catch up with developed countries. This book examines the global financial crisis, the financial regulatory problem, with particular emphasis on Brazil, and the alternative policies that derive from new developmentalism.

This volume will be of interest to scholars and policymakers working in the areas of globalization, financial regulation and development studies.